When the PC is connected to the same network as the console, you should be able to see the console listed at the bottom of the "Universes" tab in Capture. The console should link automatically, but if not or if there are multiple Titan consoles on the network, you can manually select one from the list..

For linking/sync to work properly the external Capture version must be the latest version of Nexum, or 2018. Older versions of Capture will only partially work. 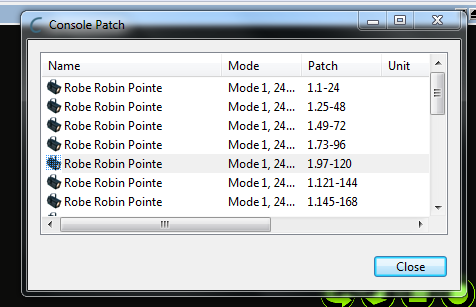 Patching Capture Fixtures onto the Console​