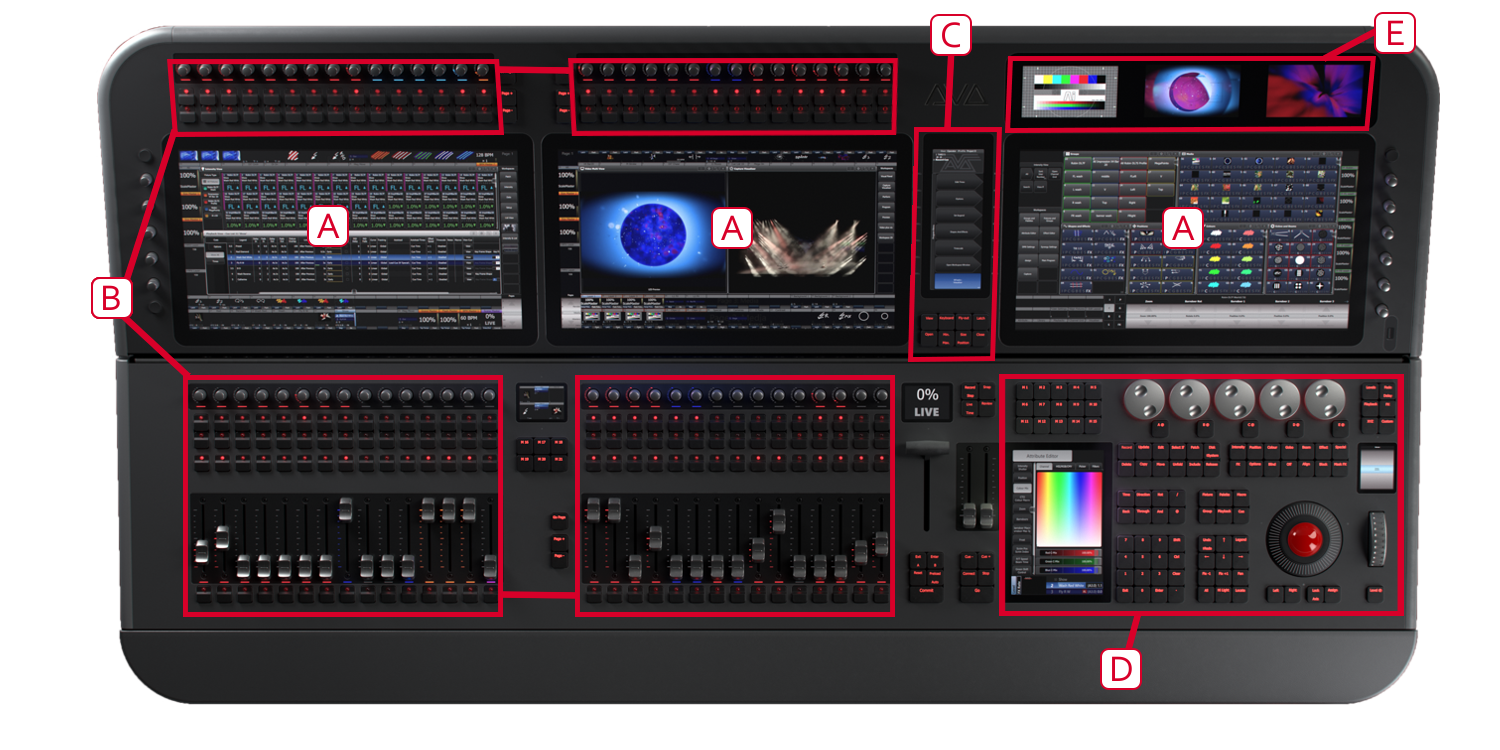 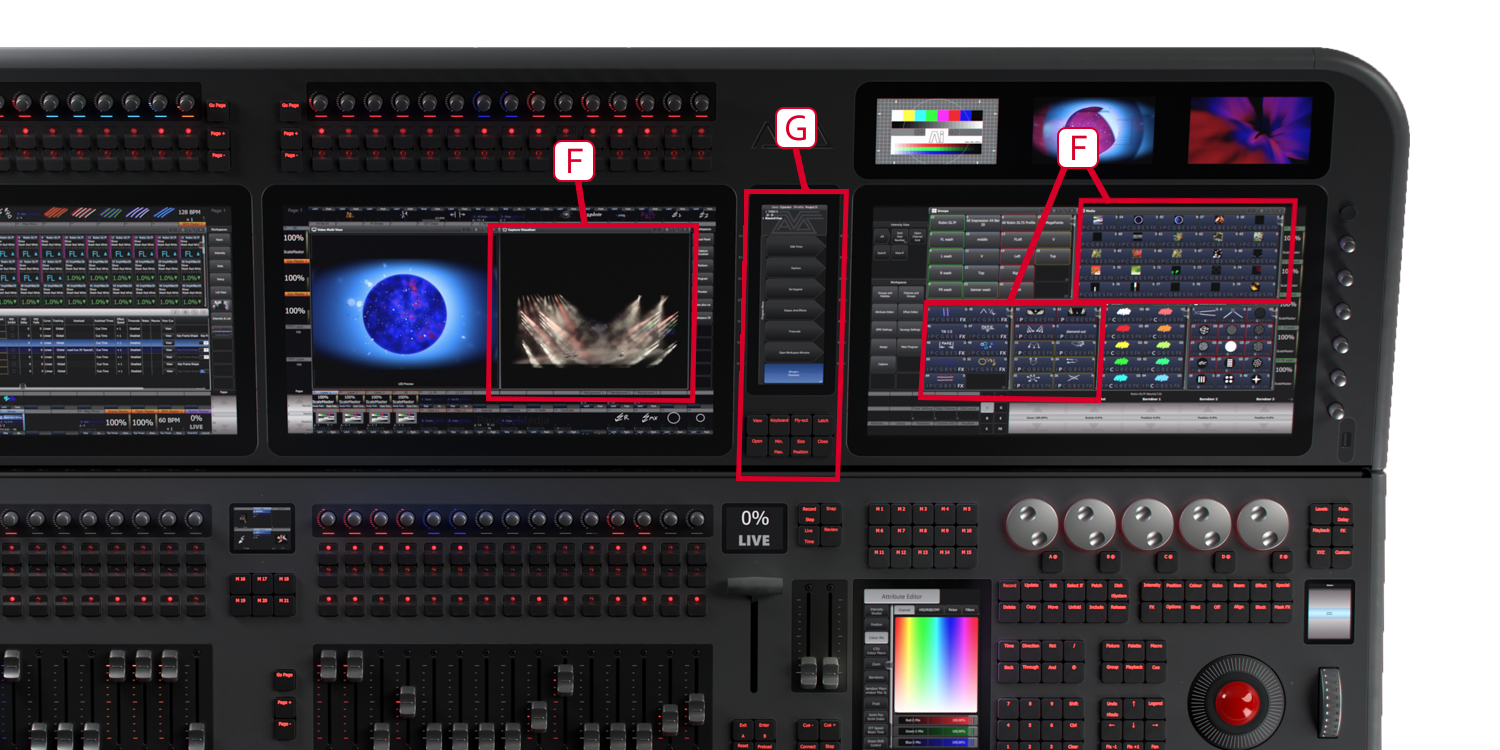 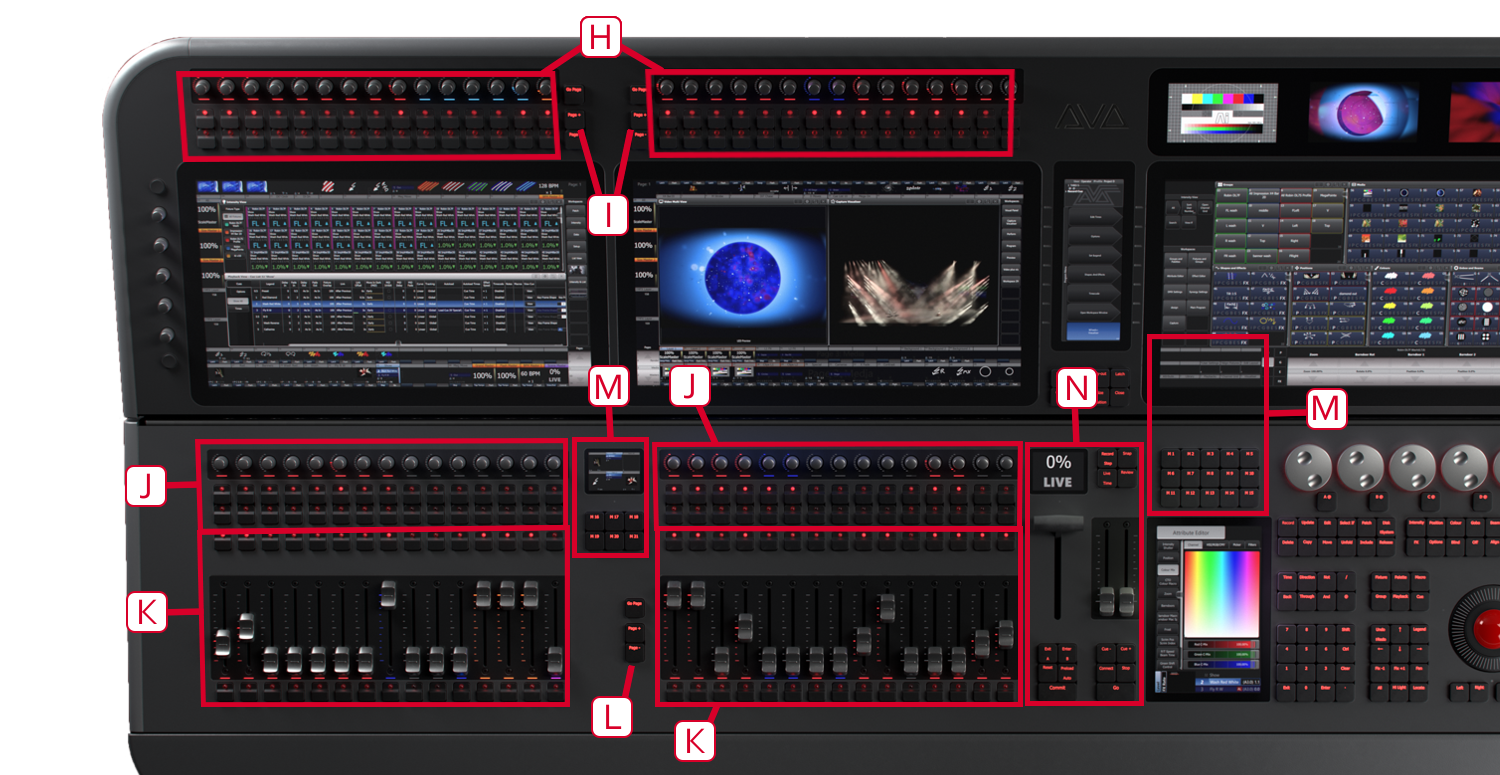 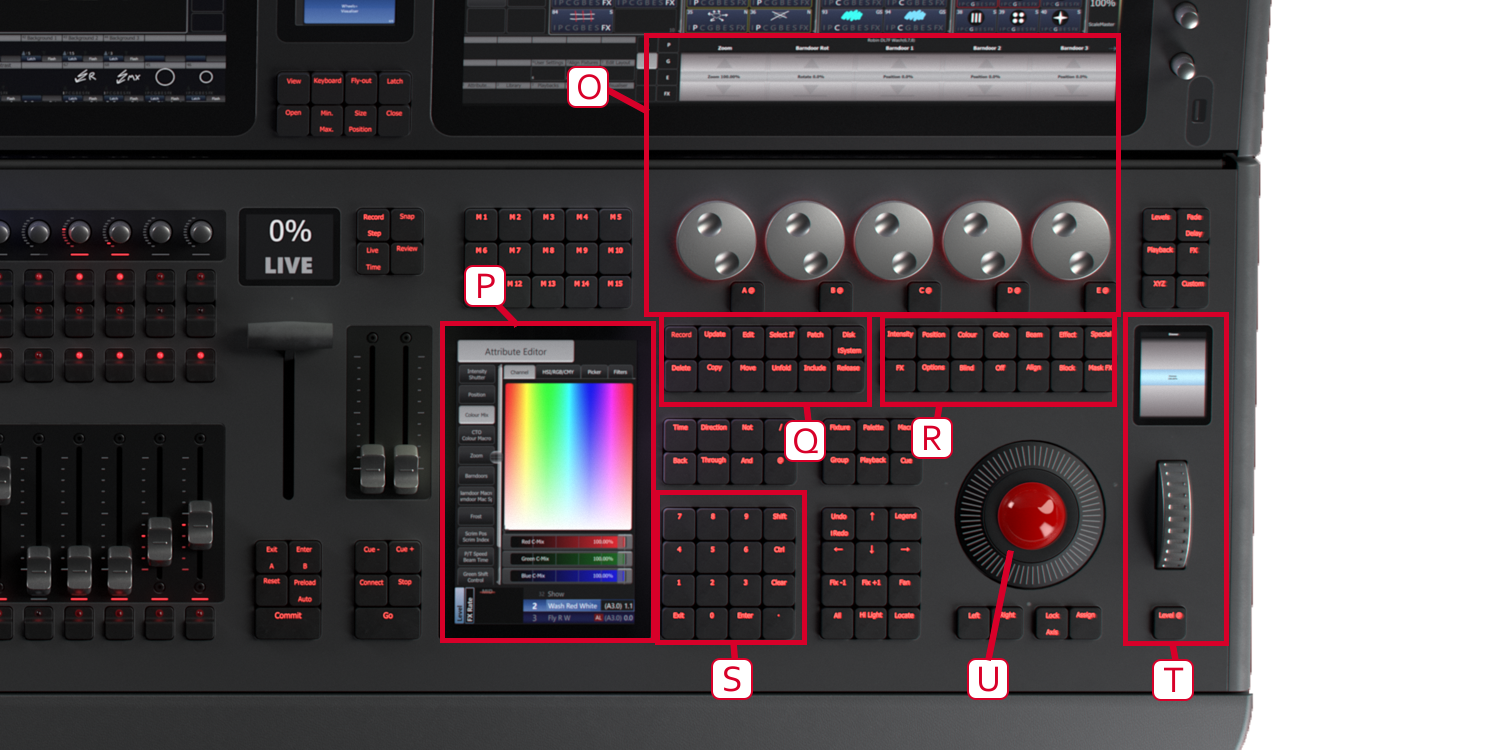 Front edge of the console 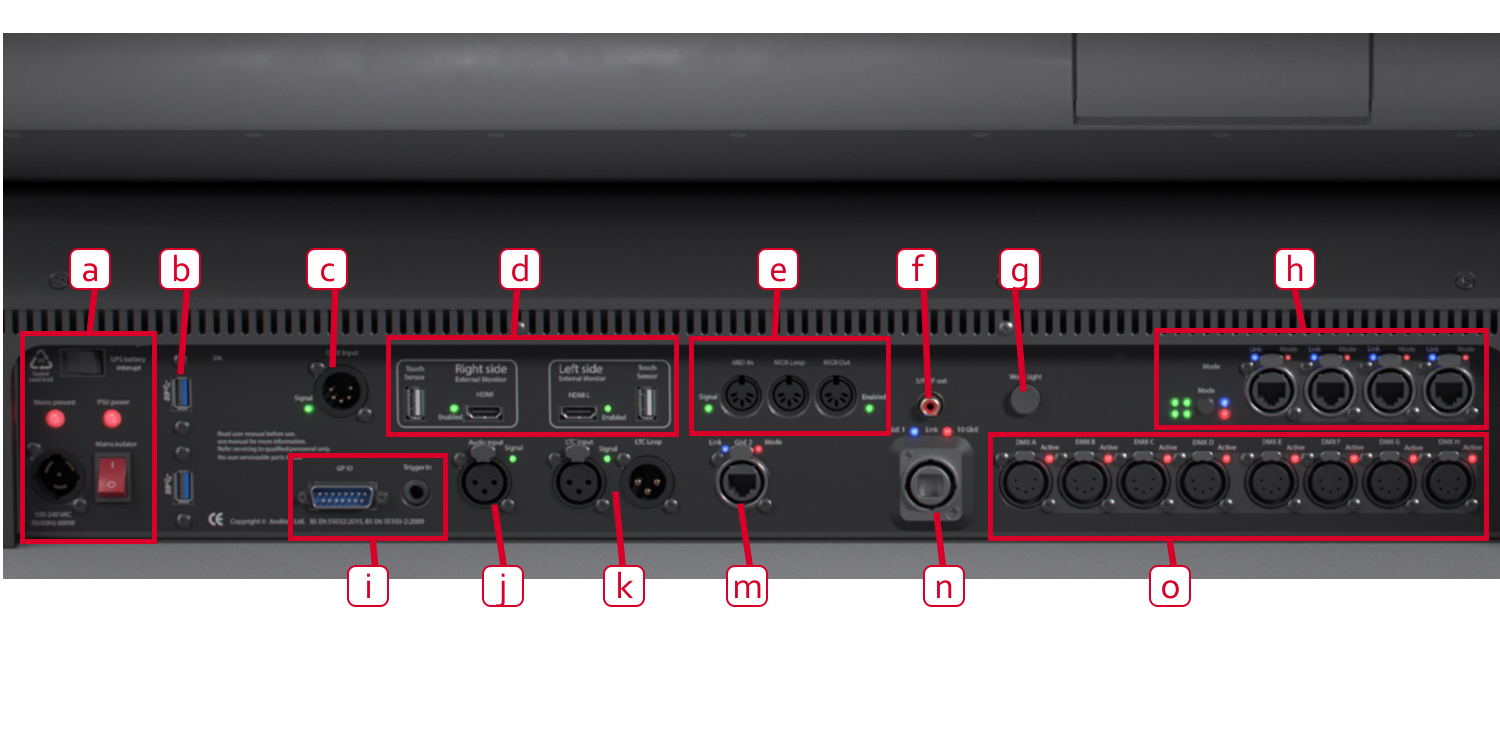