Setting up the Stage and Rigging 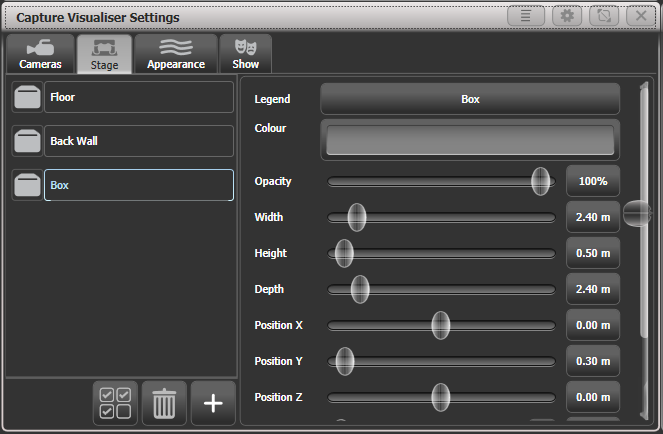 Fixtures are automatically placed into the visualiser when they are patched if the Auto Update switch in the Capture Settings "Show" tab is set to On.

Camera controls are in the Capture Visualiser Settings window which you can open by double pressing Open/View to show the workspace window buttons, or using the Open Settings context button.

The view buttons across the top select the four default views (shown below). Press the + button at the right hand side to add a new view. 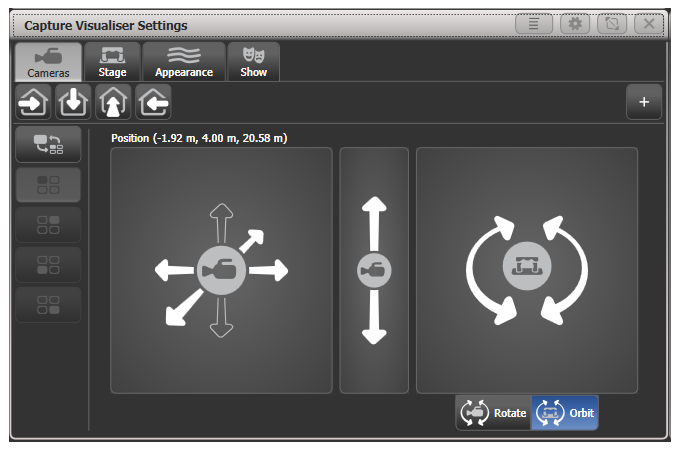