Editing a Cue by Merging

Updating Stored Values and Palettes used in a Cue

To see the current timings of the cue, touch the playbacks display for the fader, or press View/Open then the Select button of the playback you want to view. The screen will show details of the delay, fade, overlap and curve settings for the cue. You can touch each item to enable editing. 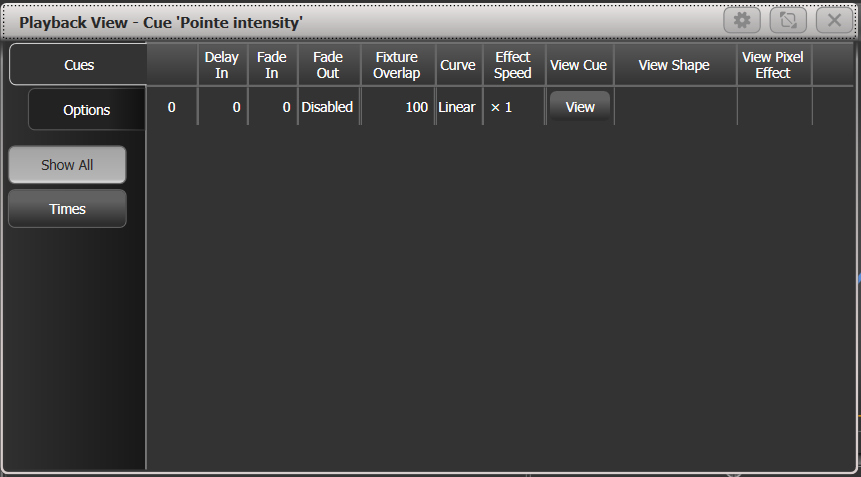 Using Parts of Existing Cues - the Include Function

Deactivate Attributes from Cues Using "Off"

The Off button allows you to temporarily deactivate an attribute which has been stored in a cue, as if you'd never recorded it. You can activate it again later.

For example, suppose you recorded a cue which had fixtures at a certain position, with the colour set to green. If you later decide that you don't want a colour recalled at all with this cue, so that the playback will position the fixtures but leave the colour set by previous playbacks, you can set the colour values to Off in the programmer, which when saved will deactivate those values in the cue. You can also use the Off function to deactivate complete fixtures in a cue.