It can sometimes be useful to display and edit exactly what each fixture is doing. The Channel Grid window allows you do to that. Display it by pressing View/Open then Open workspace window then Channel Grid. 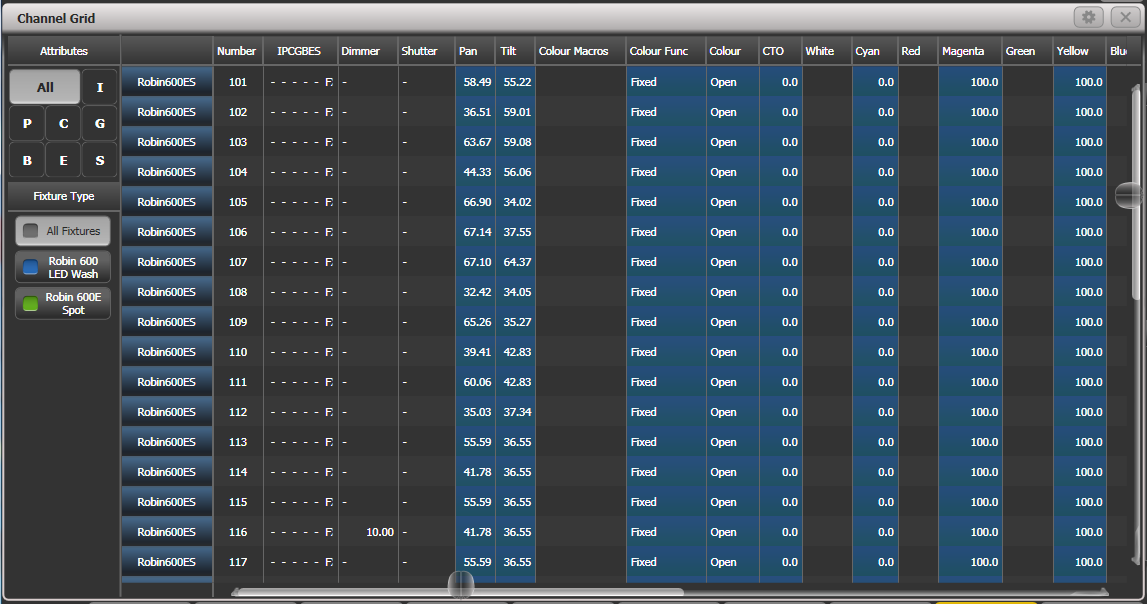 You can clear attributes in the channel grid by selecting them (touch or touch and drag to select multiple attributes). Then press

If you want to see at a glance the intensity setting of each fixture, the Intensity window is the place to be. To show the window, press 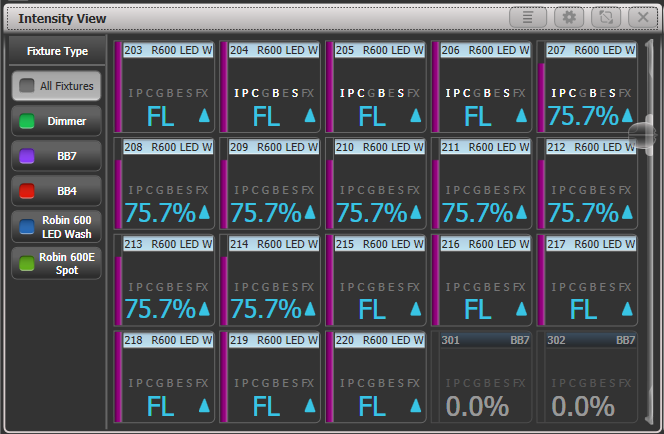 All - all fixtures (default)

Stage - fixtures with intensity above zero

Programmer - fixtures in the programmer

Selected - fixtures which are selected

The second option changes sort order as described above

In the Window Appearance Settings (cog button) there are further display options. Turning off some of the options will reduce the size of each fixture button which may be useful if you want to get more fixtures on the screen.