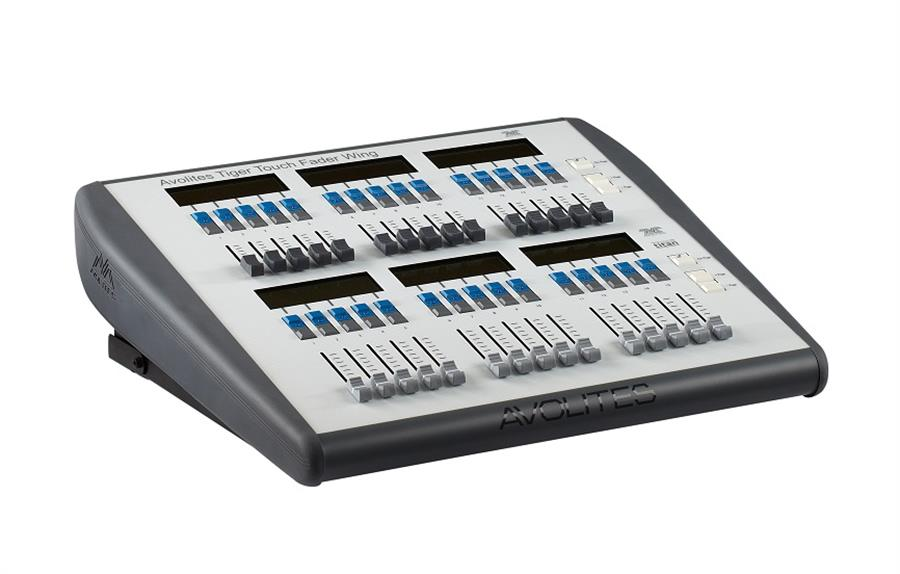 A switch on the rear of the wing sets it to left or right position, allowing you to attach two of the wings to a console. The switch position is only read on power-up.

The Tiger Touch Wing is designed to fit next to the Tiger Touch console but can also be used with the D9, the Sapphire Touch, the Arena and the Pearl Expert.

If you connect the Tiger Touch wing to a D9-330, the left hand faders on the console are the same handle group as the faders on the wing, so the same playbacks will appear in both places.

It is designed to fit next to the Titan Mobile panel, but it can be used with any of the Avolites Titan console range and also the T2 USB device. 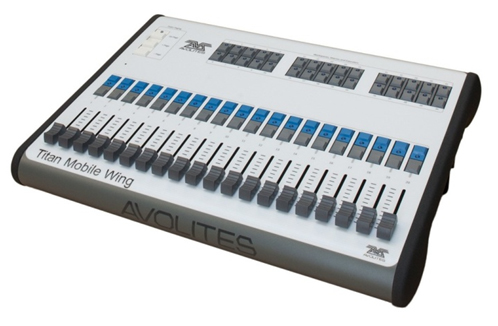 The toggle switch on the rear of the console next to the USB does not have any function.