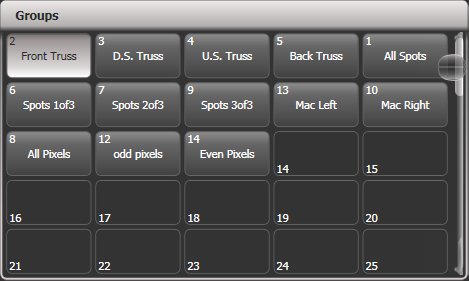 Fixtures in a group are stored with a two-dimensional position layout which is used by Shapes and Pixel Mapper. Initially fixtures are arranged in a row in the order you selected them when you created the group, but you can edit this to reflect the actual physical location of fixtures. The horizontal (X) position of each fixture is used to create a Fixture Order which the console uses with Fan and Overlap.

You can edit fixture positions in the group either by Fixture Order or by the Group Layout editor, but remember that the fixture order is set by the x-position of the fixture so changing one will automatically change the other.

The Group Layout can also be used when creating Layout screens as described in the next section.

To change the 2D fixture layout for the group: 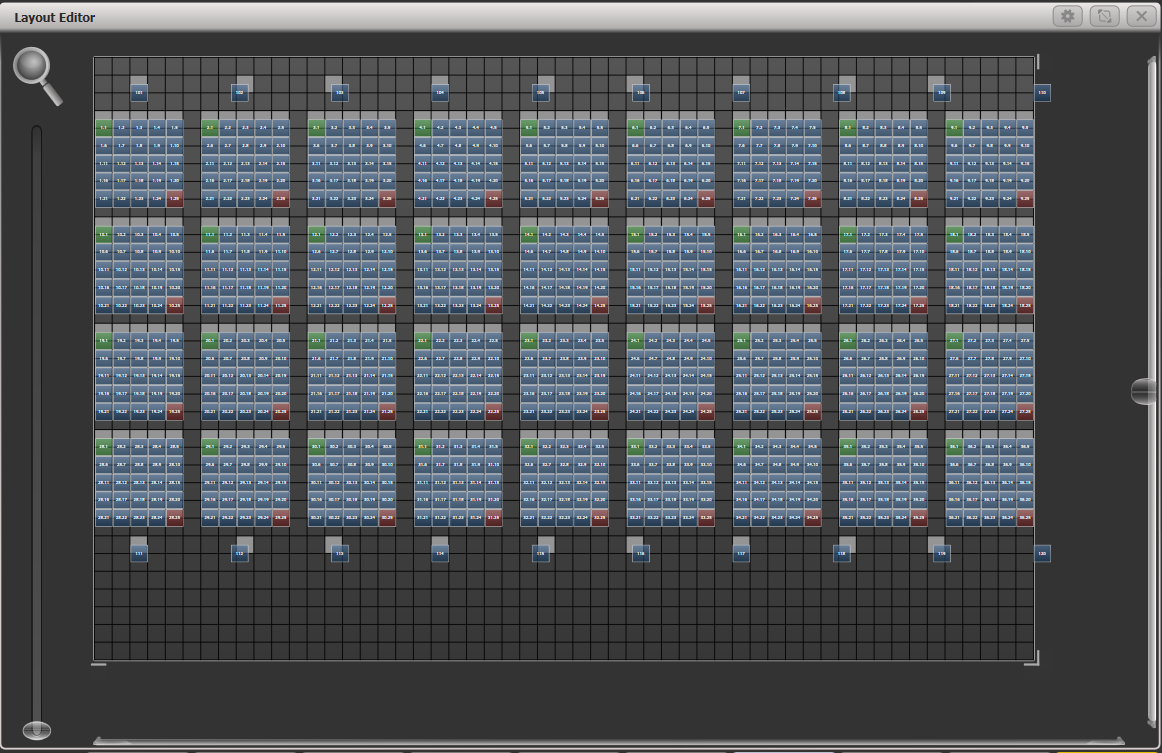 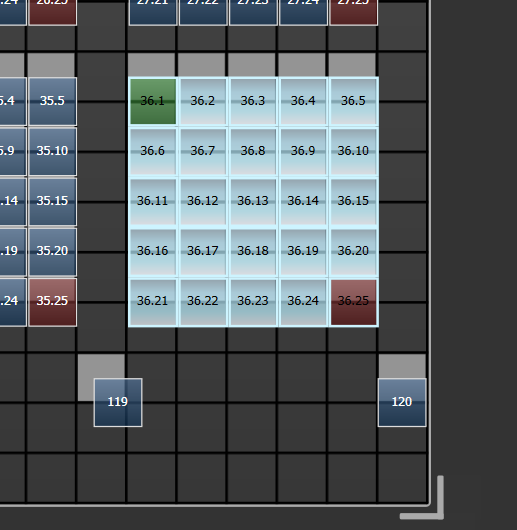 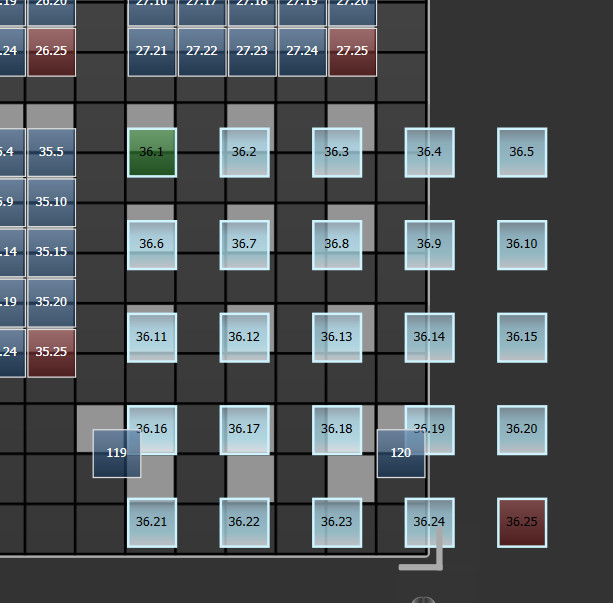