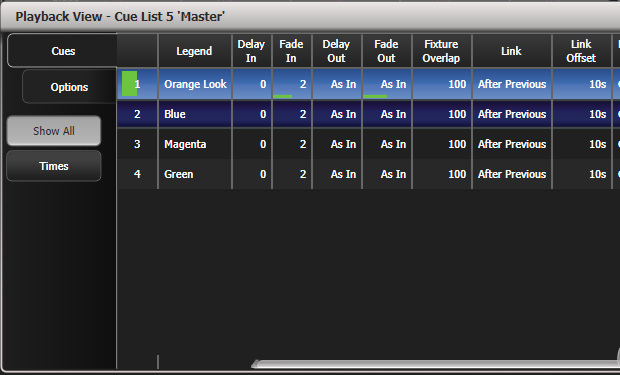 You can view and edit how levels track between cues using the Tracking View.